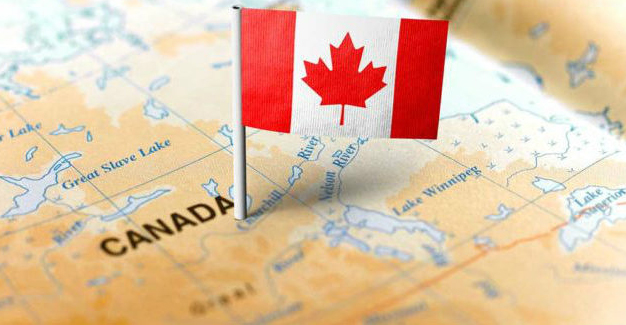 The power of words – My take on the Canadian and Belgian immigration policy … or crisis?

My time as a Belgian immigrant living in Canada is coming to an end. Whilst living and traveling in North America for almost 18 months, I’ve met, talked to and listened to all kinds of different people around me. I’ve become part of a truly multicultural city considering that foreign-born Vancouverites take up over 40% of Vancouver’s total population. This made me more conscious about the challenges of a rapidly changing society. Immigration is arguably the biggest story of our time. It is reshaping societies around the globe. In the long run, immigrants have often delivered economic benefits to the countries taking them in. But they have also shaken the prevailing order. As a communication professional, I am most fascinated by today’s narrative and the myths about the mass movement of people around the world.

So, let’s decompose it a bit. And please bear with me for a moment, what follows are numbers and statistics. Not very sexy, but oh so important. The numbers tell the tale.

A little over 10% (or 1.2 million) of the Belgian population are foreign-born, half of them originate from Italy, France and The Netherlands. About 5% of Belgians (or 560.000) live outside Belgium, half of them in France, The Netherlands and Italy.  In Canada, 22% of the population are foreign-born. China, the UK, India and The Philippines are the most popular countries of origin. 4% of Canadians live outside their country – most of them in the USA. In 2017, Canada admitted more than 286,000 newcomers- an absolute record. International immigration accounts for 80% of the population growth in Canada. When talking about refugees in Belgium and Canada, the numbers are similar. Today, there are 68,000 refugees or asylum-seekers in Belgium – 0,6% of the total population. In Canada, that number is 160,500 or 0,4% of the total population.

By employing a proactive immigration policy, the Canadian government is attracting a lot of newcomers. But what is truly interesting, Canadians have no sense of an emerging immigration crisis. On the contrary, they are true believers of immigration. Recent polls show that 82% believe that immigration has a positive impact on the economy and 75% see multiculturalism as one of Canada’s key positive features – ranking it higher than (the nation-wide religion) hockey! Support for immigration has actually increased in recent years, despite a slow economy.

Indeed, Canada is 327 times bigger than Belgium and bound by 3 oceans, polar ice caps, mountains and the United States. There is a lot of room to fill and the Canadian borders aren’t easy to cross. The countries in the European continent are playing a different ballgame, where national borders are a political jigsaw puzzle and there is a history of violence, war and sudden inflows of undocumented immigrants. However, relatively speaking, Canadian numbers on immigration numbers are amongst the highest in the world.

Canada is not so different from Belgium when it comes to welfare, social security and economic challenges. But unlike Belgium, Canada can claim the world’s most prosperous immigrant population. Canada’s foreign-born population is more educated than that of any other country on earth. Immigrants typically work harder, create more business and use fewer government support than their native-born compatriots. Half of all Canadian immigrants arrive with a college degree. Immigrant children in Canadian schools read at the same level as the native born. Toronto, with half of its population born outside Canada and often referred to as the most multicultural city in the world, is a clean, safe and prosperous city.

How does Canada make it work? Why does this multicultural society not result in it’s national feeling of immigration crisis? What is Canada doing differently? The answer is ruthless rationality. The immigration policy of Canada is purely economy-driven. Any newcomer is evaluated by a point-based system that ignores race, religion and ethnicity, but focusses on age, education, job skills, language ability and other factors possibly contributing to the national work force. This system also takes care of the native-born population, ensuring its overall support. It protects the wages of those at the bottom of Canadian society who might suffer the destructive race to the bottom when competing with the global labor market. Uncontrolled immigration in the US and Europe has often negatively impacted the most economically vulnerable members of those societies. This makes people susceptible to the appeals of far-right ethnic nationalists, whose political movements promise them job security and economic stability.

The national perception in Canada on immigration is totally different than what we see in the USA and in most countries in Europe where immigration is linked with a declining economy, a struggling job market and criminal assaults. A study based on surveys in the US and a variety of European countries found that people across the board vastly overstate their immigrant population. They underestimate immigrants’ education and overestimate both their poverty rate and their dependence on welfare. Crime rates linked to a multicultural society are traditionally overestimated. A narrative born and fed from a political agenda.

So, the story in Canada isn’t about economic decline, but about economic growth. And – at least as important – about social growth. To sustain this nation-wide success story, the government is employing positive communication about immigration and multiculturalism. They don’t talk about “foreigners”, but about “newcomers”.  They talk about immigrants as a principal actor for the strong and vibrant nation Canada is today. Official communication about immigration often entails the importance of newcomers for the past and future success of the country. The Canadian provincial governments want to ensure a warm welcome for arriving immigrants and provide support programs, including education, access to local immigrant community networks and assisting finding a job. When it comes to refugees and asylum-seekers, the Canadian government supports local sponsorship program, through which individuals and private groups take the initiative of settling refugees in Canada. Immigration is addressed as an answer for the challenges of an ageing population and a declining birth rate, instead of a threat or even a crisis.

Canada destroys the current popular narrative that people from different cultures cannot live alongside in peace and prosperity. By organizing its immigration policy around the economic benefits of immigration and by educating the population about the importance of successful immigration, Canada succeeds in creating a prosperous multicultural society. Several Scandinavian countries have emulated Canada’s immigration and integration policy. And other popular immigration destinations such as Australia and the US are looking to the Canadian model for inspiration. It is not the economic or immigration situation that determines the success of a multicultural society. What seems to be a basic necessity for a sensible and strong immigration policy, is a competent government and effective policy making, where story-telling and framing play an oh so important role.