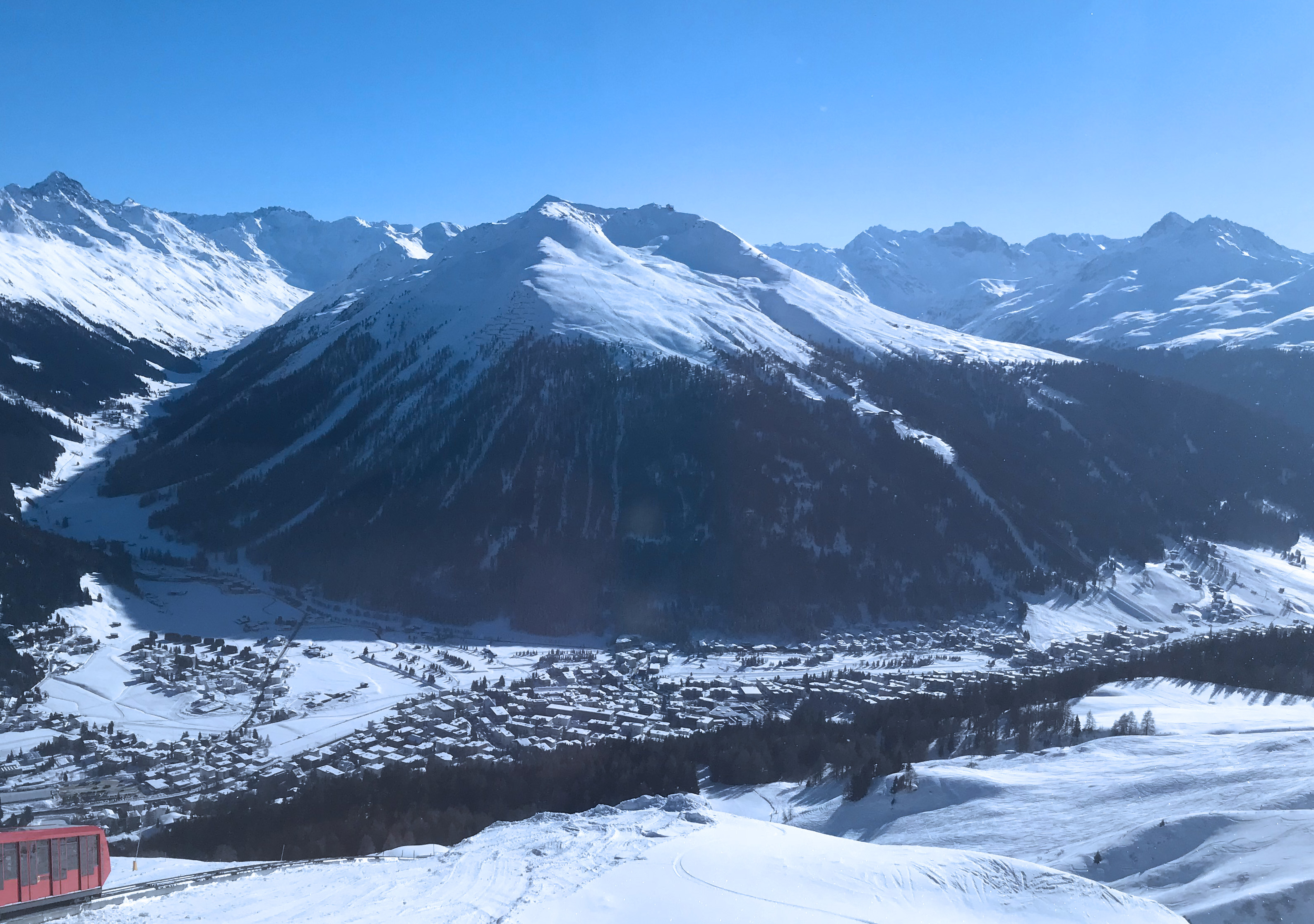 Another Davos is in the books. Wrapping up last Friday, this year’s edition in the alpine resort started rather gloomy. “Optimism is a moral duty” is the prescription of the yearly event, so the rich, the powerful and the influential on the mountain did not stay gloomy for too long.

As the 3000 delegates flocked to the official conference venue for the main sessions and debates of the World Economic Forum, our Managing Partner Olivier Van Horenbeeck opted for smaller, more intimate gatherings. Often with specific groups of some speakers. What they lacked in fame over the summit’s stars, they more than made up in original and refreshing insights.

Here are the five personal highlights from Davos 2019, including the live taping of a podcast interview of Politico with a potential future EU President, the aftermath of the Belgian power reception and the first ever Cannabis Conclave held at an alpine restaurant only accessible by cable car.

On Tuesday we had a session on the future of reskilling and upskilling with Adecco Group CEO Alain Dehaze. He commented on recent examples of companies announcing heavy job losses, while at the same time trying to sugar the pill by hiring numbers of people with different, more appropriate skills.

“What a waste of human capital!” he said. “How many of those slated for redundancy could potentially be reskilled for the jobs of the future – or should have been given the opportunity to adapt earlier in their working lives?” If CEO’s keep claiming that people are their greatest asset, we must underline the urgency of action to encourage companies to retrain and upskill workers. https://www.bloomberg.com/news/videos/2019-01-24/adecco-ceo-alain-dehaze-video

2. “This is not a job application” (Helle Thorning-Schmidt, former PM Denmark)

On Tuesday, we were expected on the Schatzalp, where Politico’s Ryan Heath interviewed Helle Thorning-Schmidt. The former Prime Minister of Denmark was extremely critical of UK Prime Minister Theresa May and her approach to Brexit.

Thorning-Schmidt stressed the value of supporting children raised in conflict and its aftermath. As the current CEO of Save the Children this is a theme that lies close to her heart. She equally adds that it was high time for a woman to hold one of the EU’s presidential positions – adding the obligatory disclaimer “this is not a job application”.

3. “Dear Amazon, I bought a toilet seat because I needed one” (Sylvain Duranton, BCG)

On Thursday, Sylvain Duranton from Boston Consulting Group talked about AI algorithms and surveillance during BCG’s dinner with friends. AI can wreak havoc if left unchecked by humans. The problem with algorithms is that they have no “business sense”. They are machines devoid of real-world experience, common sense, or moral principles.

Lacking these crucial human attributes, AI is unable to adjust its decisions to the ambiguity of our real world. Left unfettered, algorithms are perfectly capable of spewing out millions of inappropriate decisions – and of doing so literally at the speed of light. This ultimately poses big risks to a company’s profitability and reputation. https://www.weforum.org/agenda/2019/01/ai-can-wreak-havoc-if-left-to-its-own-devices/

4. “Investors rarely get to witness the birth of an industry” (Bruce Linton, Canopy Growth)

There is a probably a first for everything. On Thursday, we attended the first ever ‘Cannabis Conclave’ in Davos. The Conclave was organized by the Consumer Choice Centre to fuel the cannabis legalization debate in Europe.

The attendees were a mix of representatives from various Industries, business journalists and regulators Together with them we listened to insights by leading cannabis executives and investors from a growing industry with growing legitimacy worldwide. “Everybody wants to be in the cannabis space, and I think investors have to be selective because there will be a new name every week and only a few will come to dominate the global market.” said keynote speaker Bruce Linton, CEO of Canopy Growth. https://www.potnetwork.com/news/davos-canopy-growth-execs-say-business-booming-%E2%80%94-and-expect-cannabis-bubble-burst-soon

Most people can point to one particular event they attend in Davos that sticks with them after they are gone. This year that special event for us was the private dinner Growth Inc hosted on Wednesday – just after the traditional Belgian Power Reception with the Belgian PM Charles Michel and King Philippe.

Growth Inc.’s Tabula Rasa Dinner –Davos edition was a warm, wonderful, relaxing dinner with some old and new friends, contacts and relations. It was an informal evening with policymakers, business executives and opinion makers where networking took a backseat to fellowship and joy, an opportunity to disengage from the hectic fervor of Davos – at least until the next day. https://www.tijd.be/dossier/europareeks/davos-2019-de-wereld-in-een-bergdorp/10091185.html

Davos 2019 is now over, and normal life resumes. The world’s problems remain. They will or will not be tackled. Until next year, in Davos at least.