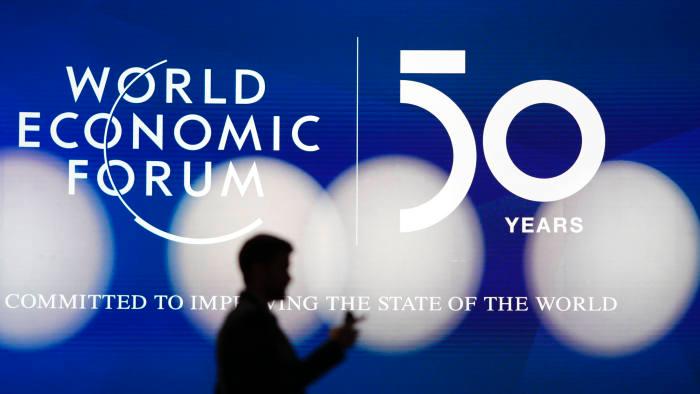 This was my third time in Davos and I was excited to meet and listen to business leaders, heads of government, NGO’s and senior journalists from all over the world. Would I learn something new this time? Would there be justified criticism? Would environmental or anti-globalist activists dominate this year’s agenda?

Some analysts doubt whether Davos has the power to deliver the inclusive and sustainable solutions people and planet are craving for in the next decade. And that it is time for action. Not just words. The WEF’s traditional response to the criticism that it is just too easy to freeride at Davos, is that it needs to be a neutral platform, open to conflicting views, even to those who are 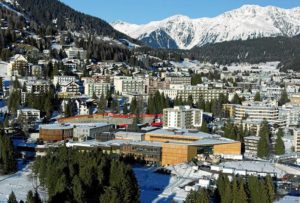 resistant to its goals. As the WEF’s founder Klaus Schwab says in the recent new documentary “Das Forum”, “If you were a priest in a church, you would want to make the sinners come visit you on a Sunday.”

For this year’s annual meeting, the WEF tried to put their money where their mouth was. On the one hand, it invited a panel of teenage activists including 17-year old Greta Thunberg to open one of its main sessions on the current climate crisis. On the other hand, the WEF warmly welcomed US President Donald Trump as an opening speaker with an endless bombastic re-election pitch.

While it’s easy to poke fun at Davos as a talkfest of the corporate elite, there are many more platforms in Davos than those official gatherings highlighted by mainstream media. While there are only 3,000 official participants, 30,000 others participate in side events. Below you can find my personal top five experiences – for what it’s worth.

Despite stories about hacking, lack of diversity and other issues in the industry, Facebook Chief Operating Officer Sheryl Sandberg is optimistic about the potential of technology to improve people’s lives. She told attendees at a private event in Davos that the world is “in a clearly new and much more complicated age.” She said that while Davos historically focuses on economic security, she wanted to talk about how Facebook was chipping away at the problem.

While he acknowledged that Facebook did not know enough about removing bad content or preventing election interference in 2016, Clegg said. “We have shown in the elections since that we can stop election interference and ensure privacy.” Clegg was also clear in calls for greater government oversight. “We think there needs to be more constraints on companies like ours and more standards that we can all adhere to so we can decide together what is political speech, what is content that should be reviewed, what is privacy that individuals should have.” he said.

Despite what Sandberg called “major challenges” that Facebook is facing, she told attendees, “We think we are making progress because we are coming together and we continued willing to try our best to do more,” said Sandberg. “But when you give a voice to 2,8 billion people, some bad things will always happen.”

At the Invest in Flanders dinner, we had an interesting conversation with Jim Alkove, the Chief Trust Officer at Salesforce. Responsible for broad information management, privacy, fraud, abuse and reliability, he is the ambassador for the number one value at Salesforce, which is trust. 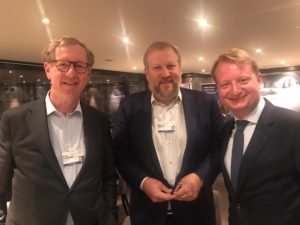 Jim Alkove explained how cybercrime is now a 5.2 trillion dollar threat to the world economy over the next 5 years. That’s the size of the economies of France, Italy and Spain combined. The good news is that a lot of this impact can be mitigated by an uptake in simple security hygiene like patching systems, software updates and implementing multi-factor authentication for users. The latter is often perceived as a pain for affluent users. But when we all first started using safety belts in cars, there were also a lot of people finding it inconvenient. Ultimately, we all know it is for the better.

Currently we are facing a cybersecurity skills shortage, equivalent to 3,5 million workers shortage worldwide by 2021. It is still a male and pale workforce. Salesforce is looking into how they can democratize the skillset and bring in a more innovative and diverse workforce into cybersecurity. They want to address the largest talent pool as they can, not just by traditional educational vehicles. That’s why Salesforce has built a cybersecurity Academy on their on-line learning platform. This allows everyone to come in and gain the skills they need to upskill and reskill into new jobs in cybersecurity.

For the 2nd year in a row, I joined the Cannabis Conclave, organised by the Consumer Choice Centre. They organised their summit again high up in the mountains, so I took the cable car to listen to the insights by some of the leading cannabis executives. The growing cannabis industry – both for recreational as well as medicinal use- is clearly one of the sectors to watch in the coming years. Participants were not only from the cannabis industry, but also included global investors, business journalists and policymakers.  The Consumer Choice Centre wants to use this event to fuel the legalisation debate globally and show the legitimacy and maturity of this growing legal industry.

It was encouraging to see that investors, thought leaders, researchers and public policy makers from all around the world (from Canada to Luxemburg to even China) are contributing to the growth of the cannabis industry. They ultimately serve consumers who are loudly demanding change to legal systems, health care and global sentiment. A better understanding of cannabis’ benefits has only helped as data and preliminary research continue to change the minds of even the most skeptical of skeptics.

One of the keynote speakers was David Cohen, CEO of Fluence by Osram (the German lighting company). In his illuminating keynote, he stressed the benefits of using LED lighting for cannabis growers. In the US -where it is legal to grow cannabis in an increasing number of states- 75 % of cannabis growers are now hinging lighting purchases based on energy efficiency and light intensity. His insights about the use of LED lighting confirm that the cannabis industry is taking a long-term approach for a stable, sustainable and profitable industry.

One of the most impressive sessions I attended, was a panel discussion full of strong women. Organised by the Global Citizen Forum and the Global Fund, this event wanted to explore the transformative power of education and healthcare and lay the groundwork of even greater impact. I was particularly impressed by Noella Coursaris-Musunka, the founder and CEO of Malaika. Founded in 2007, Malaika is impacting thousands of lives in the DRC through enhanced access to education, healthcare and clean water.  establishing a community-driven model that can be replicated on the global stage.

Malaika’s mission is to empower Congolese girls and their communities through education and health programs. This grassroots non-profit operates in the village of Kalebuka, in the Southeastern region of the Democratic Republic of Congo (Lubumbashi, DRC) and has changed an entire community.

An educated girl will increase her future earnings by approximately 10-20% for each additional year of schooling and will reinvest most of it back into her family and community. These are key factors in a nation’s socio-economic development, and yet girls still face immense obstacles in obtaining an education in the DRC. Malaika mobilizes resources so that these girls can receive the best schooling possible, providing them with greater choices, opportunities, and the capacity to make informed decisions.

Malaika’s goal is to build the leadership capacity of each individual student so that she gives back to her community and has a positive, long-term impact on the future of the DRC. “In essence, we are fueling a generation of change-agents” said Noella Coursaris-Musunka. At the same time, Malaika impacts the surrounding community through recreational and life skills programming for adults and children, as well as essential infrastructure development. With the exception of the locally hired Congolese teachers and support staff, Malaika is operated by pro bono experts and volunteers from the public and private sector.

For the third year in a row, we hosted a small dinner discussion in Davos, right after the traditional Belgian power reception with the Belgian PM Sophie Wilmes and King Philippe.

We enjoyed a warm evening reconnecting with old and new Belgian friends and 2 fellow Dutchmen. At the same time this allowed us to escape the speed dating madness of the Davos mountain. Itwas an informal evening with policymakers, business executives and opinion makers where networking took a backseat to fellowship and joy and a welcome opportunity to disengage from the hectic fervor of Davos.

What does it take to transform Flanders, Belgium or Europe in a more dynamic region? How do we create more wealth? How can we provide an answer to the challenges of the 21st century? In order to tackle these matters, we brought together a selected group of business leaders, policy makers and opinion leaders during a convivial Swiss dinner for an open discussion.

Concluding: nearly every conversation in Davos concerned either climate action or sustainability. That was made easier because going green is now profitable a lot of the time. The drivers for companies to become more sustainable are coming from everywhere – the science, initiatives from governments and regulators, increased consumer pressure and demands from investors. The best-prepared businesses see opportunities as well as risks and are preparing accordingly.

Never underestimate the power of talk, something at which Davos Woman and Davos Man excel. Davos can be more than empty words and gestures, if it helps to create a consensus about the need for collective action to tackle global challenges such as climate change. That’s what Davos is all about. Nothing more, nothing less. It’s called influence.